The Music of Moving Water 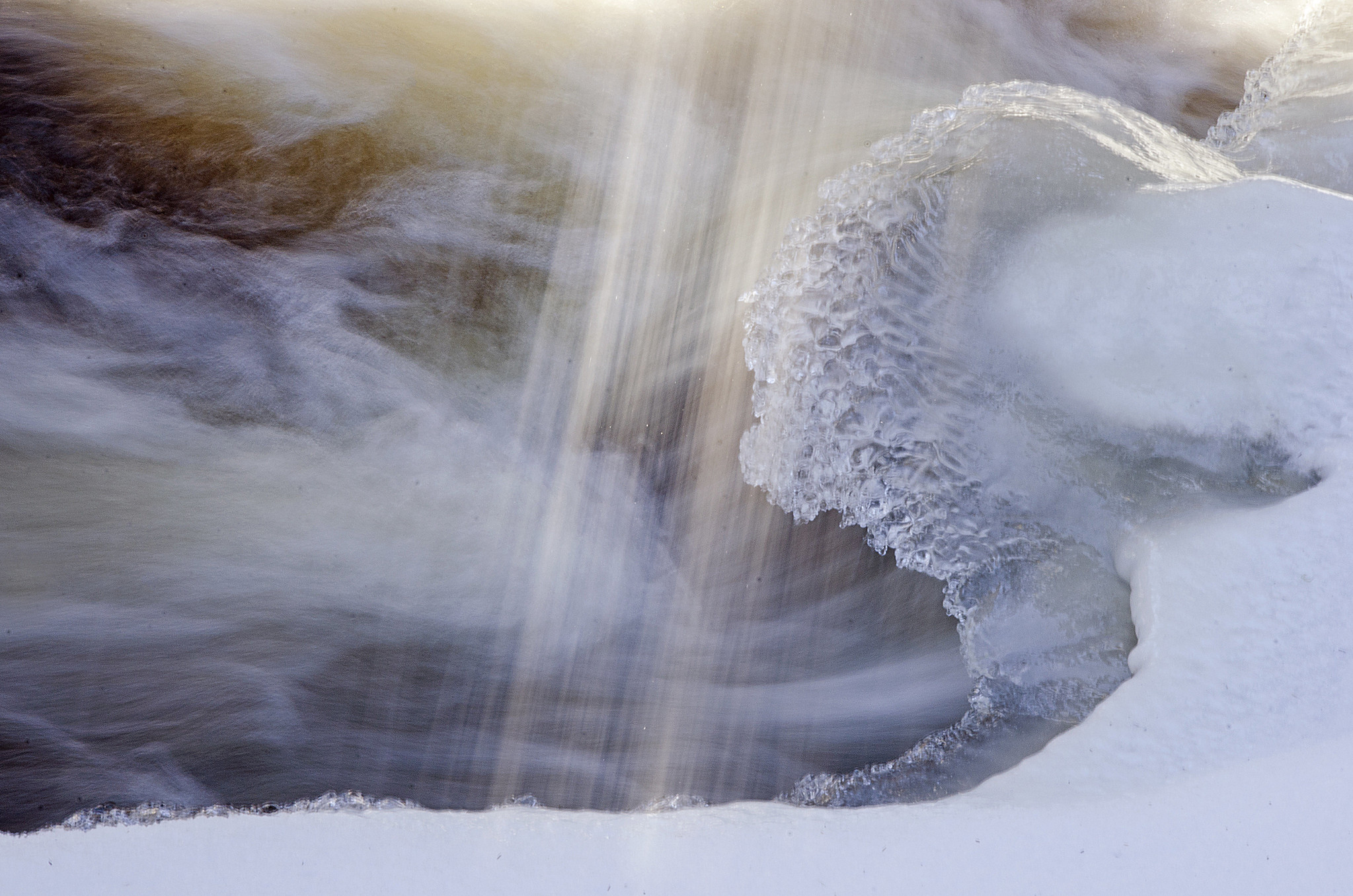 Before the wildflowers bloom, before the return of the first robin, the first signs of spring can be heard in something as simple as the song of a flowing river.

Nothing. Not a chickadee. Not a woodpecker. No wind through the trees. Nothing. It is March and the forest along Lake Superior near my home is as silent as the inside of an iceberg. I slip my glove off and snap my fingers next to my ears to be sure I haven’t unknowingly lost my hearing. The sound, as dry as a stick cracking, is swept instantly away and swallowed by silence.

A few months ago that same silence seemed sweet, almost a relief after the riotous summer – ovenbirds screeching “Teacher-Teacher,” mosquitoes humming in my ears, waves crashing with their bass profundo on the beach all day. Winter’s silence, back then, was like a down comforter, something to settle into for a long winter’s nap.

But naptime is over. I need a sign of spring, some reassurance that the earth is still spinning in its orbit, bringing us, however slowly, back towards the light. I need the music of moving water and I know just where to go.

It is not yet dawn as I pull off the to the side of the county road. The river is still hidden in snowbanks. The pine trees are just black etchings against the dark sky. Above, the stars are slowly fading like sparks from last night’s campfire. Despite the darkness, I step out of the car and work my way down to the bank, finding my way more by touch than by anything I can see.

When I finally step to the riverbank, seeing a slice of stars overhead, I stop to listen.

Nothing. The river at this point is still frozen over, the white path of its ice-shackled back winding through the trees up stream and down. Still, if I stand completely still and listen closely, there is a kind of humming beneath the ice that could be moving water. I move downstream slowly, listening, following the hum, hoping.

Author Loren Eiseley has written, “If there is magic on this planet, it is contained in water.” I would add the words “moving water.” To sit and watch a flowing stream is like watching the dance of flames in a campfire, endlessly fascinating, endlessly beautiful – the twirl of it in an eddy, the way the current splits around a rock midstream leaving a forked wake like the twin tales of a comet. And then there is the sound of it.

With the crunch of the snow beneath my boots, I am not sure if it is water moving or a restless breeze sighing in the trees. I stop, holding my breath, eyes wide in the half-light, listening.

The music of moving water floats through the trees like moments of light. Just downstream through the tree trunks, I see a dark patch on the river’s back. And the sound, bell-like and clear, comes wafting to my ears. I listen for a moment, savoring it like sunlight on my face, and then walk towards the source of the sound.

It is not much, a patch of open water hardly wider than I could leap over on the ice. But, it is enough. The water breaks out from under the ice almost joyously, dancing at its sudden freedom in a choreography of waves. At this hour of the morning, with the light just beginning to glow in the east, the water is black tinged with silver, the color I’ve always imagined the solar winds astronomers say blow back and forth endlessly among the stars.

There is nothing more mysterious, more reassuring, or it seems to me sacred, that the flow of a wild river. It is the coursing of the earth’s lifeblood. I move back off the river a bit to be off the ice and into the shelter of the trees where I can still hear the music. This is what I’ve come for, not to photograph or camp, not to ski or draw, but simply to listen, to hear again the sound of something moving in the forest, something to listen to listen to beyond the hammering of my own heartbeat and my own ragged breathing in the winter woods.

The sound of moving water means to me at least, that the earth is still intent on its path out of winter, its motion back towards things like sunlight and wildflowers, green leaves and the full orchestra of a summer day.

I haven’t lost my hearing. Spring is coming. I’ve heard it whispered in the moving water of a little river, in the music of moving water.

Without looking back, I stand up and move off, away from the river, stiff from the cold but carrying deep inside myself an unmistakable and unshakeable belief in the coming of spring. I heard it whispered in the music of moving water.