The Lost Arch: What is the Role of Mystery in Wild Places? 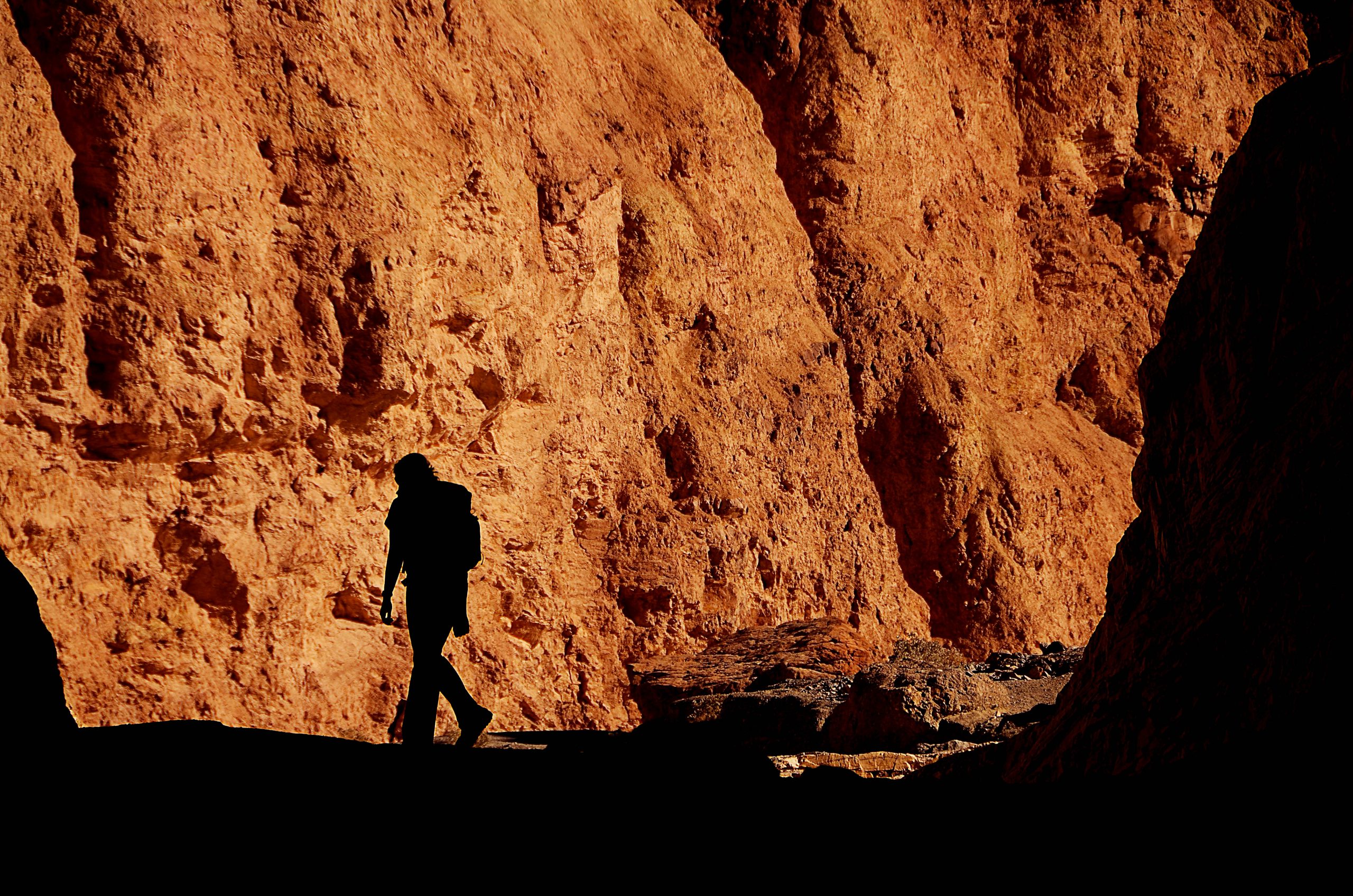 rThe Lost Arch: Guidebooks are fine but the best directions come scribbled on a napkin

There were, by my count, 27 different hikes listed on the trail brochure the ranger had given me. The shelves of the park visitor center were crammed with guidebooks spelling out literally hundreds of potential routes complete with GPS coordinates for panels of rock art, wildflower blooming sites, even the best sunset locations. But, I had something even better. I had an old, wrinkled napkin.

It is a fine desert morning, the sun just now warming the back of my neck and the sky that perfect aster blue, as if you could hold a pinch of it to your nose and inhale the scent of wildflowers. There is no movement but the slow puffs of dust raised from each drumbeat of my hiking books on the canyon floor, no sound but the slow waves of my own breathing and the far-off cackling of a raven.

A few days before I had sat in a café in a small town that shall remain nameless just on the boundary of this likewise nameless national park in the desert Southwest. I was drinking coffee and trading semi-true stories with an old friend who knows these canyons like the deeply-etched lines on his own two hands. The conversation turned to sandstone arches, some of the most-visited sites in any national park. “But,” my friend said with a conspiratorial glance to each side, “there are still a few out there that the trail-bound tourists haven’t yet found. An edge to his voice caught my attention like the flash of color on a canyon wall. An arch that is not on the maps? Something that you can’t find in a guidebook? I leaned in a little closer.

This arch, it seemed, had been “discovered” decades ago by a group of Eastern tourists who had so little idea of where they were that they were never able to pinpoint its location on any map or describe it accurately enough for any of the rangers to solve the puzzle. Some had gone looking, my friend said, but no one had yet been able to confirm the “discovery.” Even he had never been there but, he paused looking around, “I’ve got a pretty good notion of where someone might find it if they were willing to do some poking around.”

It took some coaxing and a promise that the details, if I found it, would be blurred at the edges, but after a while he was making a map on the only piece of paper we could find: a napkin.

Days later, I take one more glance at the tattered napkin, stuff it back into my pocket, and step deeper into the trail-less section of the park. Like many hikers, I spend hours poring over maps, dog-earing my guidebooks before a long hike, planning, re-planning. But I worry too that somehow we might be buffing the element of surprise right out of our national parks with too much information. What is the role of discovery? Of vague directions and wrong turns and dead end canyons in the backcountry experience? How do you map mystery or provide GPS coordinates to the unexpected?

At a break in the rim marked with a faint squiggle on the napkin, I climb out of the canyon and strike off cross-country. Here the directions get even more vague, the lines lost in creases and coffee stains. Eventually, I find myself face-to-face with a sheer cliff convincing me that I’ve veered well off course but this time I don’t even look at the napkin. There are cougar tracks in the sand and I turn and follow them back down the draw.

Hours later, completely turned around, I have all but given up. Sitting in the shade of a small overhang, I watch a trio of ravens carving invisible lines in the desert sky until my muscles grow stiff. With no better idea, I step off out of the shade and in the general direction of the raven’s flight. I scramble down another dry gulch where the rocks clatter like dinner plates under my boots. I lift myself onto a small bench of sandstone, turn in a full, slow circle, and just at the last moment catch a glimmer of blue sky where there should be only solid rock. An arch.

I pull out the napkin again and try to puzzle-piece the country together by the scribbles. It could be the same one. I’m never really sure and, more importantly, I am not even sure it matters. The arch before me is not much by guidebook standards – a span of barely 50 feet backed by a scraggly alcove. But, it is not in the guidebook that I can find. It is not on the map. There is no trail anywhere in these parts, no sign and, I smile at this last discovery, not a single footprint anywhere nearby.

I crawl up on to a flat rock in the shade that offers a view of the Lost Arch and just sit. A lizard scuttles by like a chip of rock come to life. A light wind whispers a flute-like note through the holes in the canyon wall. And for the few hours that I stay, there is not a single other human being. Just me, the silence, and an arch.

That hike was decades ago now. The napkin has long since disintegrated to dust. But the memory of that afternoon is still strong. I find myself wondering now and again whether there is a trail to that arch now, if I would find it on a double-page spread in the guidebooks completely GPS coordinates. I don’t know. I don’t want to know. I do know that I hope there will always be at least one “Lost Arch” somewhere in our national parks, an animal that people rarely see but one that leaves its tracks etched deep into our souls by stalking the tales told around a campfire and kept alive by quick, half-seen glances at a shadow on a moonlit hillside. Even in the information age, there is still a place too, for silence.