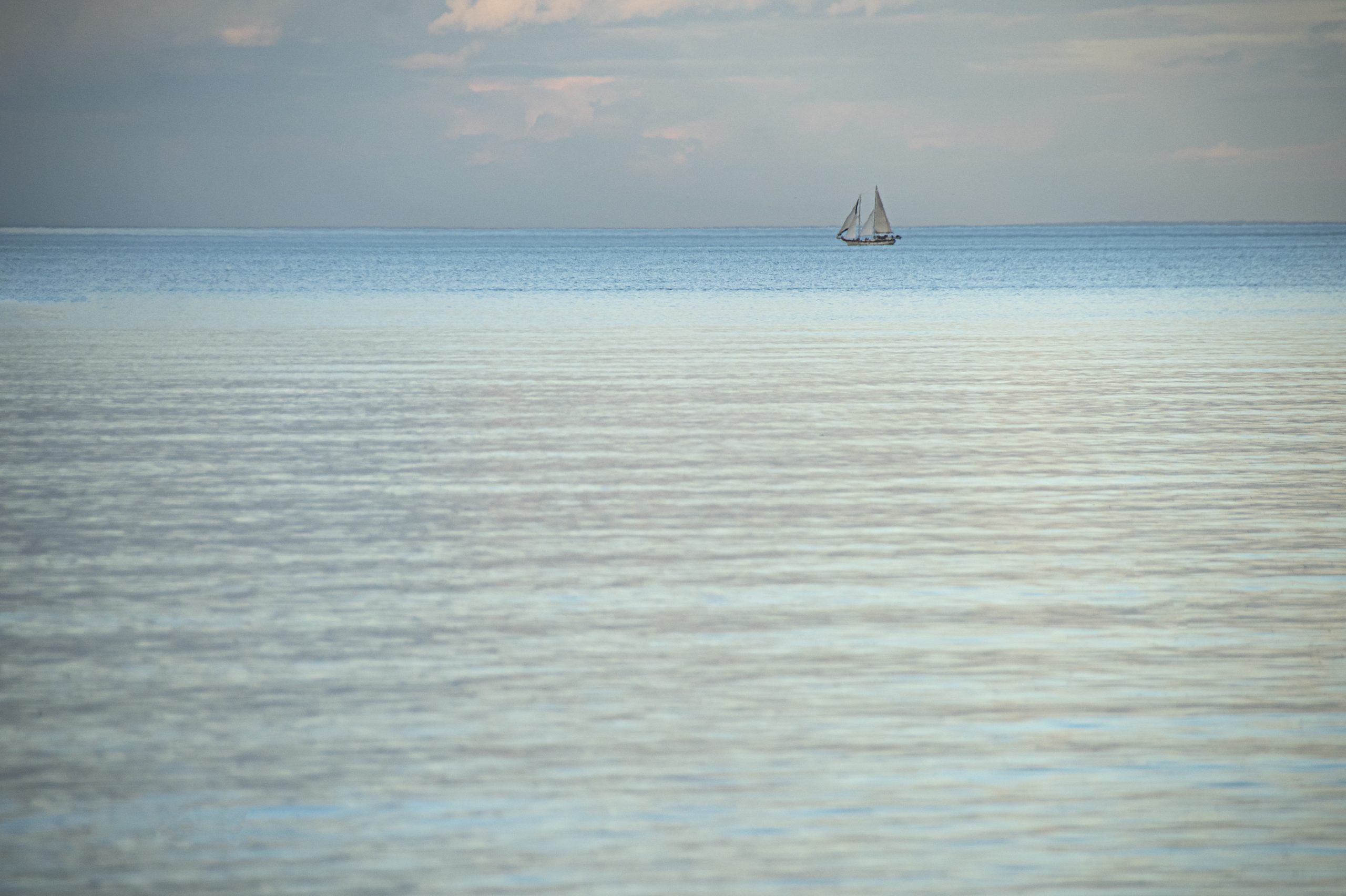 The Moment I Came Home: For the first decade or so of living in Bayfield, all I did was leave. I was writing full time for magazines like National Geographic Traveler, Backpacker, Reader’s Digest, and traveling all over the world to “places.” It was exciting but something was missing. I found it one morning in the Apostle Islands. It was a Sunday morning, early, way too early. I was jet-lagged from my return trip from another “place” that I could barely find on a map and still wasn’t sure I was pronouncing correctly. So I walked in the pre-dawn light to the end of the Bayfield City Dock and witnessed one of the greatest sunrises I had ever seen – the sky was on one knee gazing at itself in the still water, a pair of ducks circled like dark stars in the sunlit lake. At that moment, I thought of all the miles, all the time away from my family and friends and asked myself how far do I need to travel before I begin to see the beauty right in front of me? The next day the phone rang and it was my editor from National Geographic Traveler. A story I had written had won the Lowell Thomas Travel Journalism Gold Medal and my editor said that, as a reward, I could go anywhere in the world I wanted to for my next story. I said, without missing a beat, “I want to stay home.” I said, I live in one of the most beautiful places on earth and all you do is send me away. I want to see if I can bring the same poetic observation, the same eye for detail, that I bring to all these distant places, to my own backyard. “Kind of a ‘Travel Writer Stays Home’ piece” my editor said. And gave me the ok. And so we kayaked the islands, combined families with our best friends the Radtke’s and chartered a sailboat with all four of our kids aboard, sailed the islands, climbed the lighthouses, walked the beaches. It was the moment I fell in love with the Apostle Islands. The story I wrote was called “Seven Shades of Blue.” People often ask me what my favorite story that I’ve ever written is expecting it to be set in Alaska or China or Kamchatka or someplace exotic. It was the one right here in my own backyard because it was not just another story about a place. It was a story about coming “home.”

Here’s the original article from the September 2000 issue of National Geographic Traveler:  Seven Shades of Blue by Jeff Rennicke