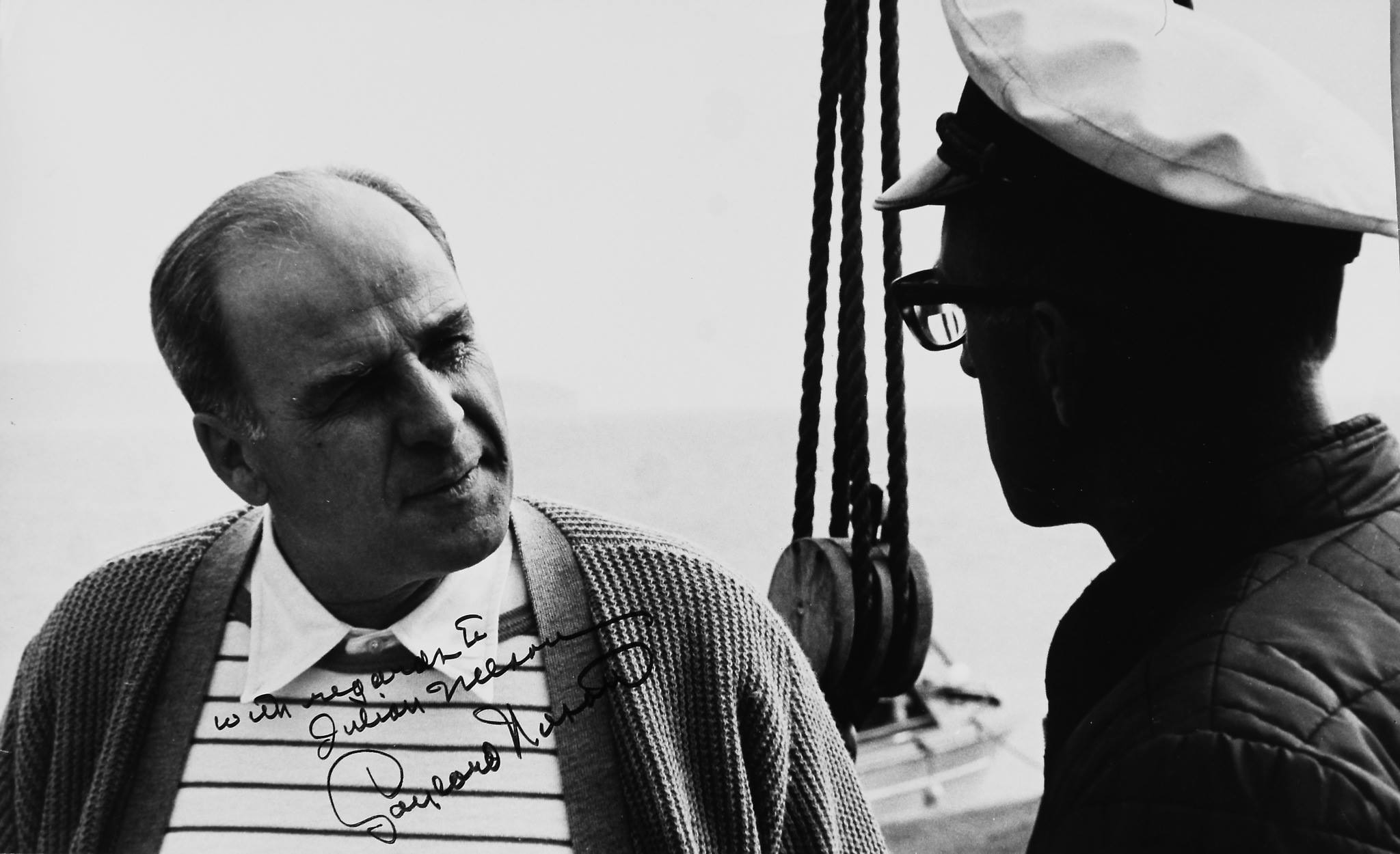 There are a lot of Earth Day posts out there but I’ll bet that few of them revolve around a 100 year-old man’s dresser drawer.

“Open the third drawer of that dresser,” he told me. The request seemed a bit out of nowhere so I will admit that I was hesitant but, I pulled the drawer open and right on top, in his sock drawer, was this hand-signed 8×12 photograph of Julian talking with Senator Gaylord Nelson, the father of Earth Day and namesake of the federally-designated wilderness area within the Apostle Islands. Those of us who love these islands, who love the earth, are so fortunate that the two people in this photograph had the foresight to protect this place. “I left many footprints in the sand on that beach,” Julian told me when I mentioned Julian Bay, the beautiful spot that bears his name in the islands. You left your footprints on much more than a beach, I told him. You left your footprints in history.