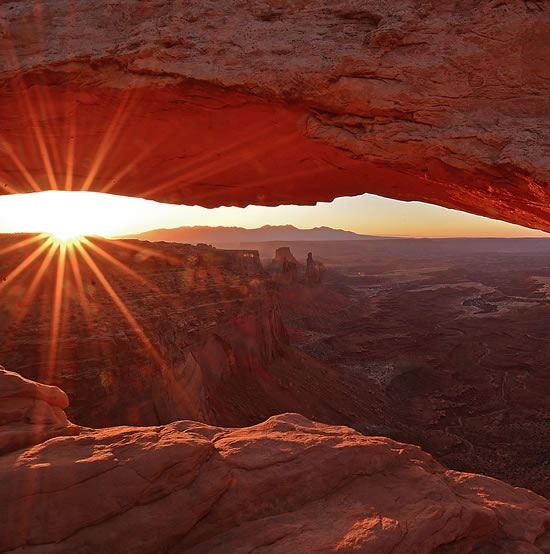 It was dawn. She knew it even before she opened her eyes; a softening of the light, a feeling more than anything. Being careful not to disturb me, she laid back the single sleeping bag we had tossed over ourselves against the night’s chill, and rose to walk beside the river.

Against a boulder, she saw how pathetic and mud-caked our boots looked from the hike in through a slot canyon that seemed to be leading us to the center of the earth through a maze slickrock walls and pools of jade-green water. She smiled at the memory of me, naked, swimming with my pack held high above me, swimming hard but sinking, slowly with every stroke, lower … lower, not quite making it and then standing there dripping, shivering in the shadows that were so cold our teeth chattered though above us on the canyon rim it would be nearly a hundred degrees. We’d laughed like children, the sounds of our voices ricocheting off the walls like a handful of pebbles.

Down along the river the sun had just now begun its blush of pink against the canyon rim. At this hour of the morning the cliffs over the river seemed to lean in, staring at their reflections in the water, twirls of color – red and gold — sweeping off downstream to where the river beneath the rapids flowed in full sunlight.

There was a single bird she didn’t recognize whispering from the tangle of tamarisk near her shoulder.

Even as a child this was the hour of the day she enjoyed the most. With the rest of the world still asleep, she could walk through the fields, trailing her hands over the fuzzy tops of plants she had never bothered to learn the names of, alive to the feel of them against her palms, soft and wet, like the nuzzle of horses. Her feet made soft padding noises where the sand was packed hard along the river’s edge. Where the sand was still dry and soft she moved silently imagining herself a canyon wind.

At a spot not far from their camp she came upon a circle of reeds, green and supple, surrounding a small pool of water. There, in the wet clay around the fringe of reeds she found six coyote tracks. They looked only minutes old, surely no more than a few hours. She knelt and ran the very tip of each of her fingers across the tracks, one after the other.

The knowledge that sometime during the night a coyote had come so close to where she had slept and that her fingers now touched the very same spot where it had stepped, made her catch her breath. The sound of it made her self-conscious for a moment but she was alone. She let the feeling slide through her like a shiver.

Standing, she raised her foot, hesitated, and then lightly set it down beside the first of the coyote tracks (her bare toes curling slightly against the coolness of the mud) and raised it again leaving a perfect track of her own. Then another, and another, raising and lowering her foot, until there were six tracks of her own set beside those of the coyote.

She followed the tracks downriver. With the silt of the clay drying on the soles of her feet, she wandered, bending to touch the tip of her nose to a flower just now opening or to watch the way the blue-black wings of a dragonfly shimmered when she blew lightly across them in a silent whistle. After the narrowness of the side canyon we had shimmied through yesterday, the openness of the river canyon seemed expansive, as if it went on forever.

This is why she hiked, why she put up with the blisters and the heat and the heavy pack. It was for moments like this when she felt as at ease and as at home as any other time in her life. Even in a place like this, a place she had never been before, she could feel as if she had known this particular stretch of nameless canyon all along. It was as if every cliff, every river bend, every rock, mimicked the landscape inside her and this day, this morning, reflected that place, making it visible the way the canyon walls reflected on the mirror-like surface of the still water. And she knew she could live here forever.

At a place where the canyon bent like an old branch, she came upon a single cottonwood tree. It was huge, by far the largest living thing she could imagine in this canyon. How such a thing could survive, much less thrive in this place of sharp light, thin soil, and almost no rain she couldn’t imagine. How long had it stood in this very spot anchoring the world? Its trunk was as smooth as skin, gray and weathered by decades of spring floods, harsh winds. Higher, she could see the pock marks where birds or insects had worried the bark away and bored into the wood. Still, there was an undeniable grace remaining in the tree, a dignity in the way its branches swept out from the thick trunk curling slightly downward at the end as if to trail their fingers in the sand.

She began to dig. It took a long time, longer even than she had planned to be away from camp. At times she felt foolish and awkward, afraid she would be seen and forced to explain. She did not want to explain. But she kept at it, taking the silent presence of the tree as a kind of encouragement.

When the hole was deep enough, she stepped into its dark center as if into water, and then bent, pushing the dirt back in around her with her bare hands. Finally, with her legs planted up to her knees in the sand, her arms splayed out from her sides, she struck a pose that mimicked the cottonwood, mirrored its every gesture down to the slight flickering at the tips of her fingers as a sudden breeze rose off the river.

Standing there, arms aching, legs trembling, she felt as alone as she had ever been in her life, and as alive. She bowed her head straight back to the sky, closed the small pools of her eyes, and dreamt rain, sheets of sweet, gentle rain, into her canyon morning.

I was sitting up still in the sleeping bag, hair tangled with sleep, when she returned, stepping back into the circle of camp as quietly as a wild animal. There was sunlight in her hair, sand on her legs. She looked at me, took my hand, and smiled as she said, “Let me tell you a story.”