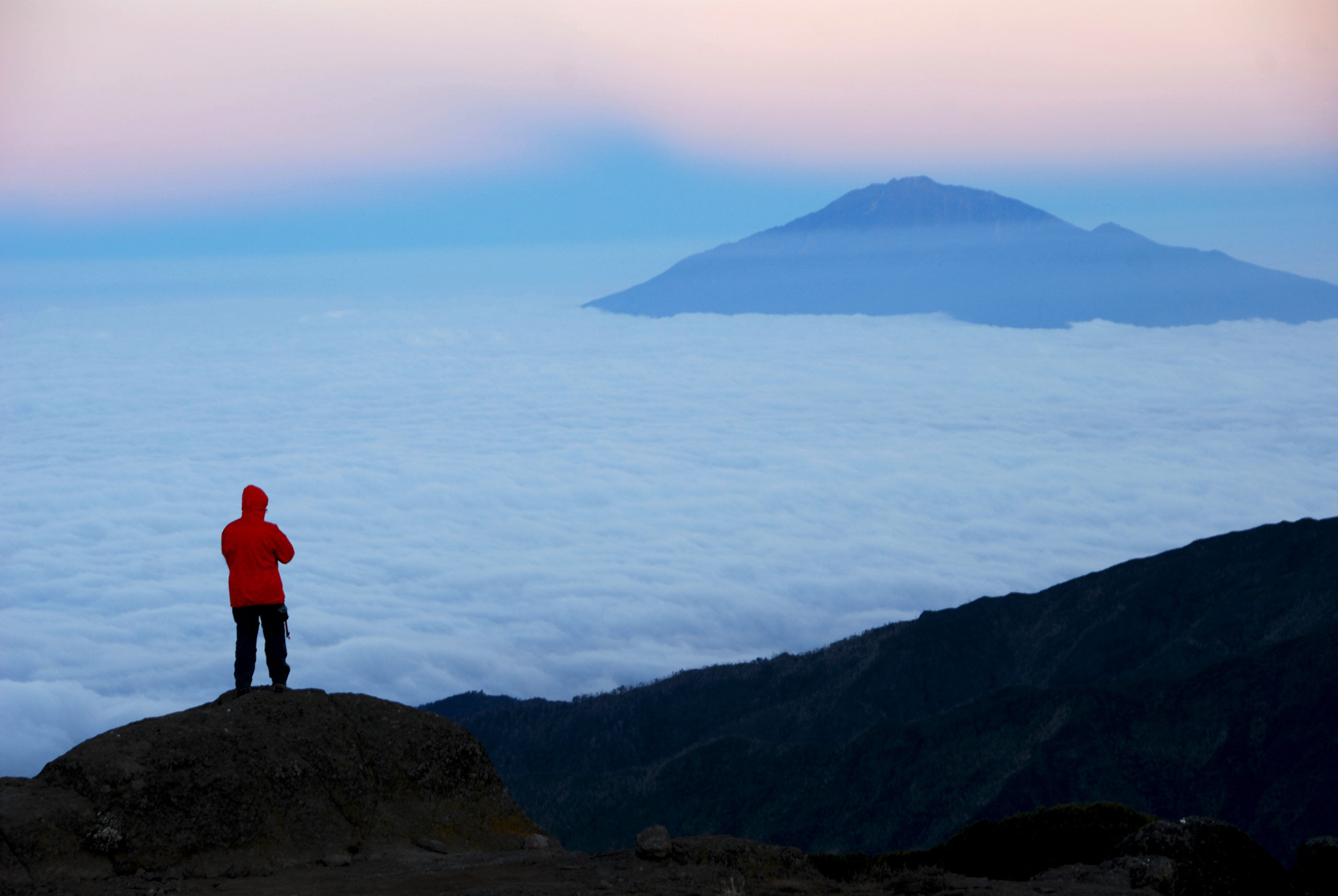 FOG VISION: Some questions only become clear when you are lost in the fog

There is nothing to do but watch. Like an avalanche of clouds, the fogbank spills off the peaks of the Brooks Range and swallows us, cutting off the horizons as surely as a shroud. Moments ago, we could see for miles. Now, even the rocks at our feet are fuzzy and indistinct.

Compared to the noise and clatter of the floatplane that dropped us here a few hours ago, deep in the heart of Alaska’s Gates of the Arctic National Park, the ridge seems startlingly quiet, as if the fog has obscured even the sounds around us. To hike any further would be to risk a blind encounter with an unknown ledge, so we sit on our backpacks and wait. Fogbound.

In the slow hours that follow, my mind drifts back to our flight in and the smug pilot. Barrel-chested and as square-jawed as a cartoon character, he was glad to take the money for the flight in for six backpackers but was not a big fan of backcountry hiking. And, he wasn’t afraid to let us know about it. “Why bother hiking at all,” he asked over the headsets during the flight in, “when I can show you the whole place from the air in comfort and have you back at the lodge for lunch?” I had only laughed at the time, feigning that it was too loud in the bush plane to talk but now, with time on my hands and the fog growing thicker, the question comes back to me like a burr.

Why not just fly? Why do we take on the inherent difficulties of hiking – the bugs, the sore feet, the fog banks? He had meant it as a joke, I think, but my inability to articulate an answer suddenly feels as heavy as the weather.

Just then, a noise from the fog. Thinking “grizzly” we all sit up, tensed, peering into the grayness. Nothing. Then a woof and a clatter of hooves. Caribou on the ridge to escape the mosquitoes. I make a mental note to look for tracks when the fog clears. Caribou on the ridge mean that there is a relatively easy way down.

I settle in again, pull my hood over my eyes and return to the question. There is an undeniable ease in flying. The plane could have whisked us around the bowl-like ridge we’ve been hiking the last few hours in less time than it took us to put on our packs and cinch all the straps. But as fast as a plane travels, there are some distances it can never bridge. What you see from a plane window remains forever behind plexiglass, with all the reality of a museum display. You are sealed in a climate-controlled capsule, cut off from all your senses but the sense of sight. You cannot feel the first stirring of the wind on your face that means rains. You cannot smell the land.

Once, not far from this ridge, I stumbled upon the carcass of a Dall sheep, rank and half-eaten. The repugnance of death filled the air like smoke. From the tracks, I knew a grizzly was not far off but I lingered, caught by the rawness of it all. Despite the rankness that clawed at my nose, I forced myself to breathe deeply, to take it all in. From the air, the kill site would have occupied little more than a strangely stained spot on the tundra. From this close up, it was as real and raw as life and death.

Despite hundreds of hours of arctic flying time, the pilot was quick to tell us that he has never strayed more than a mile from his plane in the park – a fact he is proud of. To him, the park that he flies over every day remains an abstraction of lines on the maps that ride on his lap like an apron on his flights. Backcountry travelers, however, discover other meanings within those lines – the sudden jutting of a cliff that cuts off a hiking route, the skin-numbing cold of a stream crossing that on the maps is just a thin blue line.

A sound like wind in the reeds startles me from my thoughts – raven. Through a tear in the fog, it appears suddenly, cawing once in surprise and then flaps off. It is a good sign. The fog must be thinning above us, though the mist still seems as thick as gray curtains. But those curtains might be lifting. The raven’s flight is encouragement enough for us to at least give it a try. We get up stiffly, put on our packs and begin walking, slowly, into what we hope is a thinning fogbank.

From a plane, we would have missed the raven’s call, its croak of surprise, the sound of its wingbeats. We would have missed the clatter of the caribou hooves. We wouldn’t have had to spend waiting on this ridge but then speed and ease of travel have little to do with wilderness. So much is lost in translation when you view only the map-like contours of the land from the comfortable seat of a plane from above. Perhaps the unpredictability of time spent with your feet on the land, the possibility of suddenly coming across a grizzly, or the simple, unspeakable beauty of new ice forming on a pond, are reason enough to get us out of the machinery and propel us on blistered feet in our slow, earthbound hikes.

Standing at the lip of the ridge, we can see the fog slowly unraveling below. I realize then that I may never have a quick answer to the pilot’s question. We hike to get closer to the heart of something, a thing that can be as difficult to grasp as a handful of fog. Whatever the reasons, it cannot be explained in a few words shouted over the roar of a bush plane engine.

Perhaps there are no answers. Perhaps there is no need for any. In the end there is only this: On some nameless pond not on his maps where he set down before the clouds closed in, the pilot is still sitting in his plane, fogbound, staring at the blinking lights of his instrument panel, waiting. Miles away, six hikers drop easily from the ridge following a line of caribou tracks and a raven’s flight that will lead us into the fog-fringed valley below that is just now opening like a welcoming hand, waving us home.